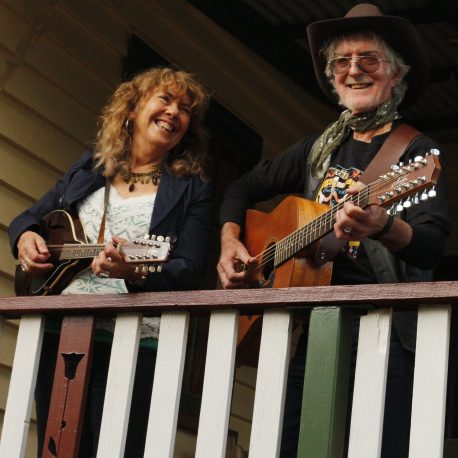 With a career in Australian folk music spanning more than 40 years, Penny Davies & Roger Ilott have developed a huge repertoire of contemporary and traditional folk songs from all around the world. Their interpretations of Bill Scott’s Hey Rain and Where The Cane Fires Burn are classics of the genre. Prolific recording artists in Australian folk music, with 21 albums to their credit, their close harmonies and sparkling 12 string acoustic guitar and mandolin arrangements create a warm and magical concert experience. Their songs have also featured on the bestselling ABC albums Australia All Over Volumes One and Two, Macca On Air,Macca’s Sunday Best and Macca By Request – Volumes 1 and 2.

“Penny Davies and Roger Ilott occupy a unique place in Australian music spanning the great divide between Folk and Country. They have reinvigorated the bush ballad, kept alive the protest song, and have celebrated all that it means to be Australian.” – John Broomhall, Trad & Now Magazine