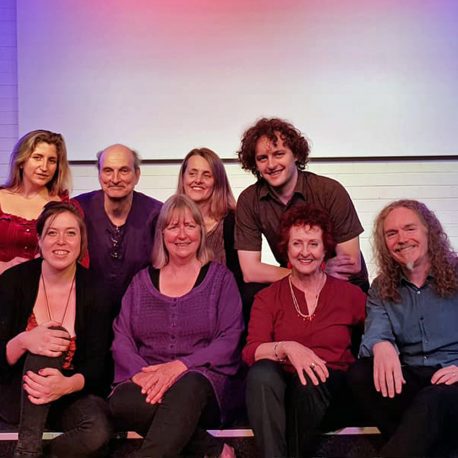 Andsome Friends is an Australian a cappella group formed in 2009 in Sydney to record and perform Miguel Heatwole’s original compositions and arrangements. Two pieces, written by Terry Clinton, feature the vihuela da mano but otherwise the music is all unaccompanied.

We supply tuneful answers to some of the important philosophical questions of our time. How many medieval TV themes from popular culture can a group sing simultaneously? What would Palestrina have written for the Hunters And Collectors? Is it wrong to sing Irish slip jigs with Australian words?

The songs are contemporary but there is a good measure of the past in our sound. Our fugue about environmental waste minimisation is unashamedly Baroque.

Based in Sydney, the group’s members have been (or still are) involved in other high-quality vocal groups: Ecopella, Touchwood, FAMS Musical Theatre, Vox Humana, Cloud Ten, and the Fossickers.