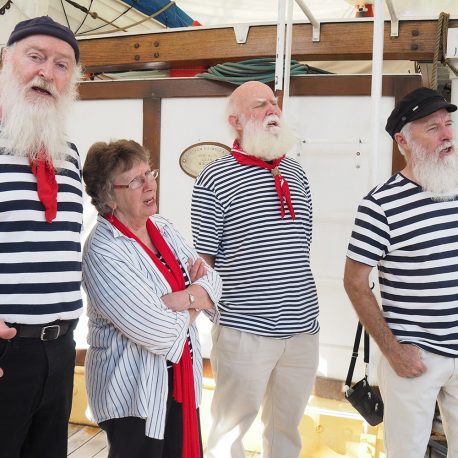 A sailor’s fate: “it’s better to drown than wait to be hung”

They are regulars on the Australian folk festival circuit and have toured in the United Kingdom, Europe, the United States, New Zealand and Norfolk Island.

The Forties are always reinventing themselves, but some things remain constant – the enjoyment they get from singing harmonies and encouraging audience participation.