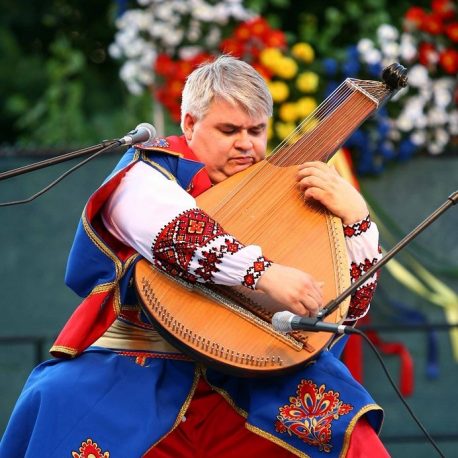 We are delighted to welcome the internationally recognised master of the bandura, Victor Mishalow. Born in Sydney, Victor Mishalow graduated from the Sydney University (1984) with a major in music. He continued studies at the Kyiv Conservatory (1988) (M. Mus) and in February 2009 was awarded a PhD at the Kharkiv State Academy of Culture.

Mishalow began studying the bandura, a 68 stringed Ukrainian folk instrument, with Peter Deriashnyj, and Hryhory Bazhul in Sydney. In 1978 he received grants and scholarships from the Australia Council for the Arts and the NSW Premier’s Department to undertake advanced studies in bandura in North America. In 1979 he received a scholarship to study at the Kyiv Conservatory, Ukraine.

Mishalow has performed widely throughout Australia, North America, South America and Europe. He has numerous recordings and books to his credit. He has been awarded the title of Merited Artist of Ukraine in 1999 and in August 2009 he was awarded the Ukrainian Order of Merit.

This is a rare opportunity to hear this beautiful traditional instrument from the Ukraine.