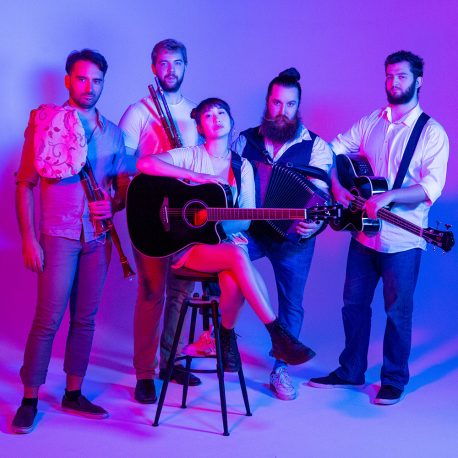 The Last Aurochs play music from ancient territories of Europe, keeping tradition alive with old tunes and modern arrangements and new compositions. The Last Aurochs is a gathering of trad musicians from different backgrounds based in the Inner West, Sydney, Australia.
They play modern arrangements of traditional tunes from known and lesser known traditions such as Ireland, Scotland, France, Spain and Portugal, along with their own compositions and modern “trad” tunes. The name comes from the now extinct aurochs, the wild ancestors of domesticated cattle. The aurochs roamed most of Europe freely for centuries, until  hunted to extinction. The Aurochs represent the connections between different peoples as they hunted, worshiped, painted, and carved the aurochs for millennia.