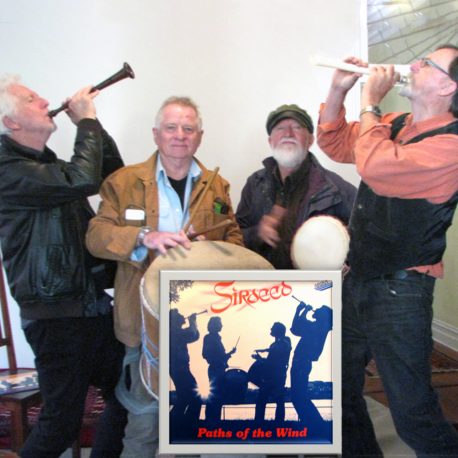 Australia’s pioneer world music band, Sirocco, formed in 1980, has risen from the ashes of the past like a musical phoenix, to return, briefly, for performances at the Sydney Folk Festival.

The concept of the band was to find inspiration from the numerous cultures in Australia. When Sirocco started, the music scene in Australia was classical, rock, jazz and a little folk. However the numerous migrant cultures, such as Chilean, Turkish, Arabic and Irish, had a vibrant music culture. Sirocco tapped into this and brought many of these expert musicians into the band for guest performances.

The early albums and performances were known for the unusual array of instruments rarely seen outside their community, including the oud, cittern, cabrette, kaval, dumbe, tupan. Their instruments were mixed and matched in the same way as the Australian population.

Their performances were wild, always getting the audience up and dancing – “the excitement of rock and roll, the improvisation of jazz and the musicianship of classical” (SMH).