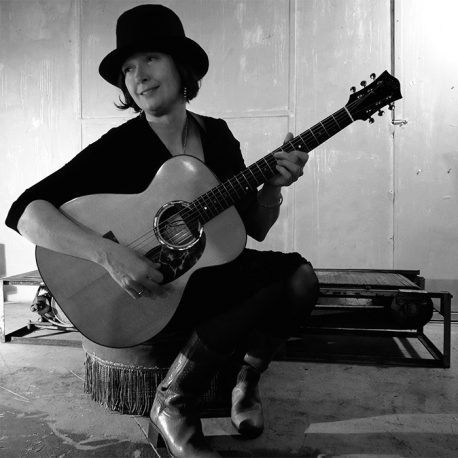 Based in Sydney, Rosie McDonald is an established Sydney based singer/guitarist who brings the spirit of true folk music to the fore with performances at numerous festivals over the past 15 years with the groups Mothers of Intention, RAPT, Seanchas,Folklore, the Hippy Trippy band and in a duo with partner, Bluegrass mandolinist, Nigel Lever who is also playing in the Sydney folk festival with the three Jimmies and The Willing Ponies.

MusicOz award winning songwriter Rosie McDonald has a strong rhythmic drive on acoustic, alternate tuned and finger picking style guitar along with bouzouki and bodhran and has a rich alto voice to lead us into the stories from the Celtic folk, 1960’s folk, trad and blues traditions.

Rosie will be performing at the Sydney Folk Festival in the opening night A Woman’s Song concert and with Celtic folk group Seanchas as well as the Woodstock concert. Rosie also curates a quarterly music event in the northern beaches of Sydney at Fairlight Folk Acoustic Lounge and is passionate about live acoustic music and bringing community together with music.