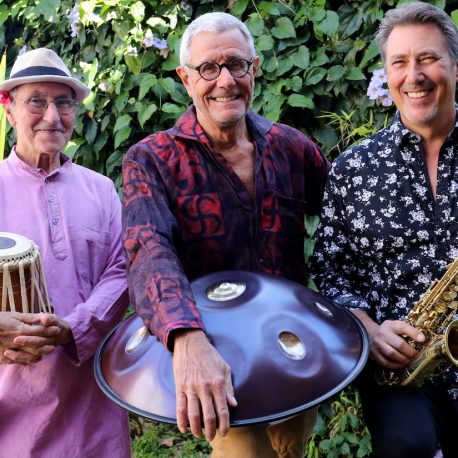 Pansuri is a cross cultural trio with influences ranging from Indian, African, Latin and Jazz.
It features the hypnotic, celestial sound of the handpan played by well-known Sydney musician Blair Greenberg.
Blair is also a member of funky African band Keyim Ba as well as being a composer, producer and teacher.
On Sax and flute is Paul Chenard, originally from Canada and a master of his instrument having played with Mucho Mambo, Epizo Bangoura, Pape M’Baye and many others.
On Indian tabla and percussion is Keith Manning, a highly experienced musician having studied with Pandit Nikhil Ghosh in Mumbai.
Improvisation plays a prominent role in Pansuri’s music so no two concerts are the same.