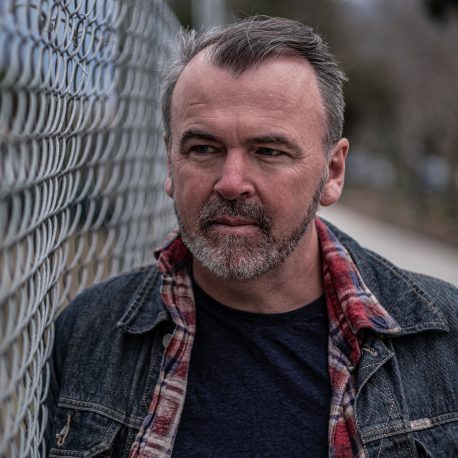 Michael Waugh’s insightful tributes to friends, family and parenthood are simultaneously deeply personal and nationally recognisable; we see our own brothers, parents, pubs, rivers, struggles and joys reflected in the faces of those characters who live large in Michael’s songs.

Michael is a songwriter’s songwriter, a compelling live performer and an extraordinary storyteller. Among his admirers are the legendary Eric Bogle, alt. country luminary Shane Nicholson and country hitmakers The Wolfe Bros. His latest album The Weir received two Golden Guitar nominations in 2020 – Male Artist of the Year and Alt Country Album of the Year – as well as a nomination at the 2020 Victorian Music Awards.

“Like John Schuman, Shane Howard & Don Walker – Waugh writes with passion and probity about his own country.” 4 1/2 stars The Australian

“Michael takes all these elements of the human condition and lyrically moulds them into something that is very special indeed, the mark of a compassionate and insightful human being and a gifted songwriter.” Eric Bogle

“another masterclass from Michael Waugh…..it finds him perched on a songwriting mountain not many of us could hope to climb.”
Shane Nicholson

“When Michael Waugh opens his mouth, you should listen”. Andrew McMillen – The Australian

Michael’s ability – his gift – is to take tiny, corner-of-the-eye, ordinary moments
and sing them into something significant – powerful and memorable and moving. In the cracked earth of The Weir, Michael Waugh has unearthed rare treasures indeed.” Colin Buchanan