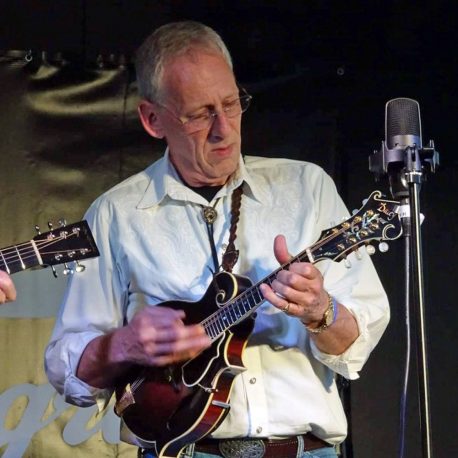 Two of Australia’s leading mandolin stylists get together to demonstrate some of their playing and talk about the music they love. If you love mandolins you’ll love this session where Nigel Lever (Willing Ponies and The Three Jimmies) and Luke Plumb (The Circuit) walk their fingers over the fretboards.

Branching away from his classical piano and violin training in 1997, Luke Plumb began teaching himself the mandolin and swiftly became one of Australia’s most sought after session musicians. His albums Isfahan and Senan’s Haggart were comprised of bold music from right across Europe and demonstrated his keen awareness of both tradition and the possibilities for experimentation within it.

This quality was recognised by acid croft pioneers Shooglenifty after a chance meeting during a tour of Australia and in 2002 Luke Plumb was recruited to join the band in Scotland. For eleven years Luke’s compositions drove the band’s music into new territory which can be heard across three studio albums where his music dominates the repertoire.

Nigel Lever (pictured) was born in England and was influenced by the Beatles and other popular bands, but by his early 20’s whilst living in Switzerland he began playing a lot of English, Irish and American folk music. It was during this time Nigel heard his first Bluegrass band and from that time decided that was where he wanted to be.