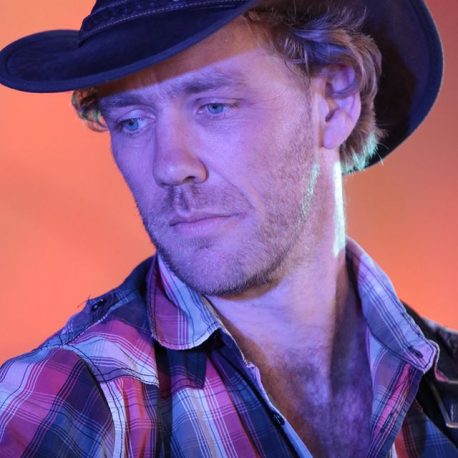 As folk music legend Pete Seeger once said, “A good song reminds us what we’re fighting for”. With carefully-crafted lyrics and a rich, powerful bass voice accompanied by acoustic guitar, Luke’s rousing anthems and contemplative ballads range from our First Peoples to refugees, fracking, climate change, military misadventures and drug addiction, balanced with comical reflections on Australian life and politics. Contributing to the vital tradition of folk musicians addressing the social and environmental issues of their time, his songs inspire, amuse and unsettle – sometimes all at once. In the words of Woody Guthrie “it’s a folk singer’s job to comfort disturbed people and to disturb comfortable people”.

Playing in a blend of folk, rock and country styles, Luke counts as influences artists such as Shane Howard, Kev Carmody, Redgum, Midnight Oil, Fred Smith, Neil Murray, Judy Small, Billy Bragg, Johnny Cash and Phil Ochs. Originally hailing from country Victoria, he now lives in Mullumbimby (northern NSW) and has performed at folk clubs and festivals across the country. Luke won the 2017 Maldon Minstrel award, his debut album “A Better Way” was one of 3 finalists in the Best Album category of the 2019 Australian Roots Music Awards, and he received multiple short-listings for his songs in the 2019 ASA Australian Songwriting Contest. He continues to write and perform new songs taking on the big issues facing our country today – be sure not to miss this powerful voice for a better Australia.