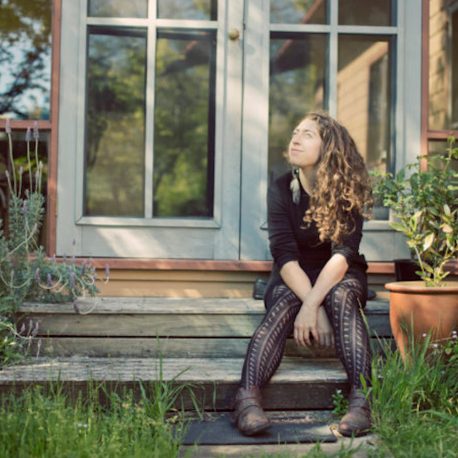 Francesca Sidoti is a mountains-bred songwriter. Her music reflects the Blue Mountains she comes from; it’s eccentric, prone to quick changes of style, and can occasionally stop you in your tracks. It’s folk music that dwells on the magic in the mundane, presenting stories of places and chasing down the ever-elusive idea of ‘home’. Following the success of her 2010 album Bright City Light Fool, Francesca has returned to release her long-awaited second album Houses.

Described as “an emotive and poetic writer” (The AU Review) and “an amazing songwriter” (Faster Louder), Francesca’s live style is not about bells and whistles, although there will always be some rather impressive guitar playing. Her music is about words, and the spaces that exist around the notes.

Having won the Lis Johnston Award for Vocal Excellence at the National Folk Festival at the tender age of eighteen, Francesca has been a fixture of folk festivals in the decade (or so) since, having played the National, Cobargo, Illawarra, Wallaby Creek, Caloundra and Yackandandah festivals, among others. We welcome her to Australia’s newest folk festival.