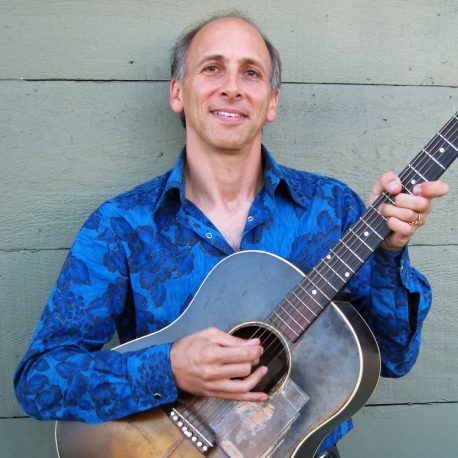 Elijah Wald started playing guitar at age seven, went to New York at age 17 to study with Dave Van Ronk, and spent much of the next 20 years hitchhiking and performing all over North America and Europe, as well as much of Asia and Africa, including several months studying with the Congolese guitar masters Jean-Bosco Mwenda and Edouard Masengo.

In the early 1980s Elijah began writing on roots and world music for the Boston Globe, publishing over 1000 pieces before he left in 2000, and his work has appeared in numerous newspapers and magazines. His dozen previous books include Escaping the Delta: Robert Johnson and the Invention of the Blues; How the Beatles Destroyed Rock ’n’ Roll: An Alternative History of American Popular Music; Narcocorrido: A Journey into the Music of Drugs, Guns, and Guerrillas; and The Mayor of MacDougal Street, a memoir with Dave Van Ronk that inspired the Coen Brothers’ movie Inside Llewyn Davis.

He has won a Grammy Award for his album notes to The Arhoolie Records 40th Anniversary Box, for which he was also nominated as a producer, and his books have won many awards, including an ASCAP-Deems Taylor award and an honorable mention for the American Musicological Society’s Otto Kinkeldey award.

He has an interdisciplinary PhD in ethnomusicology and sociolinguistics and taught for several years in the musicology department at UCLA. He is currently based near Boston, writing, traveling to speaking engagements around the US and abroad, and performing in a duo with his wife, clarinetist Sandrine Sheon.