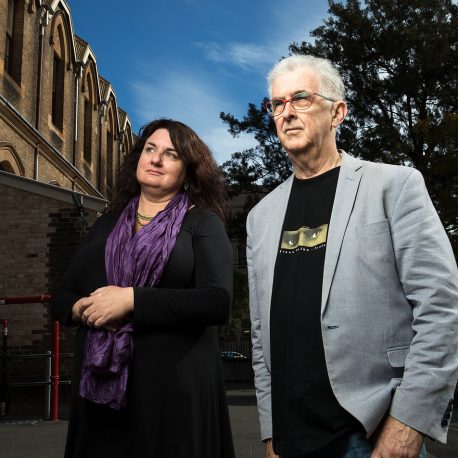 Christina Mimmocchi and Greg White present original as well as well-loved songs in well-crafted arrangements, sometimes delicate and sometimes hearty but always resonant. The two have recently started making music together after many years of Greg composing for film and working at the more experimental end of music (austraLYSIS) and Christina singing in vocal groups and being immersed in the world of folk music and folklore.
​
They recently played sell-out shows at Petersham and Leichhardt Bowling Clubs and have also performed at The Loaded Dog Folk Club, for a Remembrance Day concert at Marrickville Community Centre and for the Sydney Fringe Festival.
​
They are currently recording their first album.