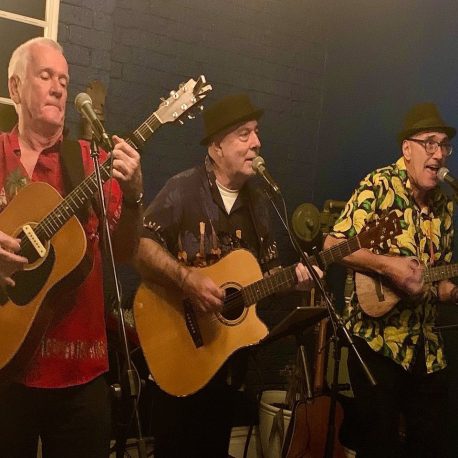 Three members of this partnership join us at SFF to perform originals of depth, heart and humour – rich with love, laughter and the many stories of Sydney and its people.

Baggage & Stuff run a wide gamut of genres, tempos, moods and subjects. They share a passion for harmony, a concern for people and planet, a feel for Sydney’s many stories, and a sense of humour both sharp and daggy. You won’t leave without a laugh, tear, pricked conscience or stomped foot.